John Sall, director of music ministries at Abington Presbyterian Church, will conduct the program and yield the stage to the featured local composer Peter Andrew Hilliard for his premier of “Eight Sundry Notions.”

The performers will also be joined by H.L. Smith II, guest harpsichordist, well known along the Eastern Seaboard as an organist, director, composer, and teacher.

The concert at Abington Presbyterian Church is preceded by a pre-concert chat/meet the musicians at 7:00 PM. Admission is free, a free-will offering will be accepted at intermission.  The proceeds of this concert go to Music at Abington, our sponsoring program.

There is no admission charge for the concert at Elkins Park Train Station, but a suggested donation of $15-20 is requested, with proceeds benefitting Elkins Central and Music at Abington.

Two visionary bassists, the late Dr. Arthur Alexander and Stephanie Patterson, members of the  Abington Symphony Orchestra for many years,  shared a  passion for performance that led them to co-found Abington Festival Strings so they could continue to play all summer long.

Their mission Patterson explained   is “bringing music to the community and the community to music,” by creating a warm, welcoming environment.

“Anyone who has a stringed instrument and wants to come and play with us in the summer may join us,” Patterson explained, with no commitment to attend a certain number of rehearsals or performances.

“Abington Festival Strings really gets its life from our players, our mutual love for music, and making music together,” added Patterson. “It is growing because current members have been inviting other string players from other orchestras to come and join us.” The heart-felt group started with just 18 string players and now has almost doubled to 30.

“We are a diverse group, of generations, experiences, and geographical locations,” said Patterson.  “Our mutual love of music is the unifying factor, added to the mutual respect we have for each other.”

This year is a double homecoming because AFS has also been invited to perform for its sponsor, Abington Presbyterian Church. “This is our first performance for the Music at Abington concert series and is our gift to Music at Abington for the five years of support and encouragement,” added Patterson.

This bass player thinks that Hilliard’s work, Eight Sundry Notions,” is absolutely brilliant. He is a well- known composer in the Delaware Valley and a long-time friend of Music at Abington. Several years ago, he was commissioned to write a piece commemorating the Tri-Centennial of the town of Willow Grove, which the Abington Symphony Orchestra was privileged to premier—accompanied by slides from the Historical Society.

“I fell in love with it at first hearing,” recalled Patterson. “Each movement painted a vivid picture of history, and the entire suite is beautifully constructed. Peter knows what each instrument likes to do and he writes with that instrument in mind. Something in his musical language resonated with me,” said Patterson.

So this summer, when Hilliard   said that he had composed a piece for AFS, Patterson’s interest was piqued. By the time they got part way through the second movement, she could tell that the string players loved it.

“I was absolutely head over heels for it,” said Patterson. “I knew where it was going. I love the direction it was taking; it has shape and form.”

Each movement has a meaning she explained. “The first and last movements are the same, but they are in a mirror image, so the last movement starts backwards from the first,” Patterson continued. “So it is a very beautifully constructed piece of book ends. The piece is a series of reflections, memories, humor, and beauty, including songs made up by Peter’s kids and an elephant tango.”

Hilliard trusted the group to work on his composition over the summer, a collaborative effort.  Patterson is hoping that when he comes to guest conduct in September that he “hears what he put down on that page;” she likened it to caring for another person’s infant.

“Art cannot be replaced—not as a colleague, not as a friend, but the spirit with which he and I started AFS continues, and that drives us.  And there are those moments when we say, ‘Gee, wouldn’t Art love this!’ so I really believe that Art’s legacy remains, and if anything it is stronger than ever.” 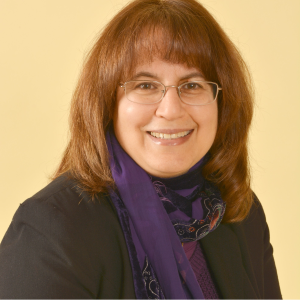